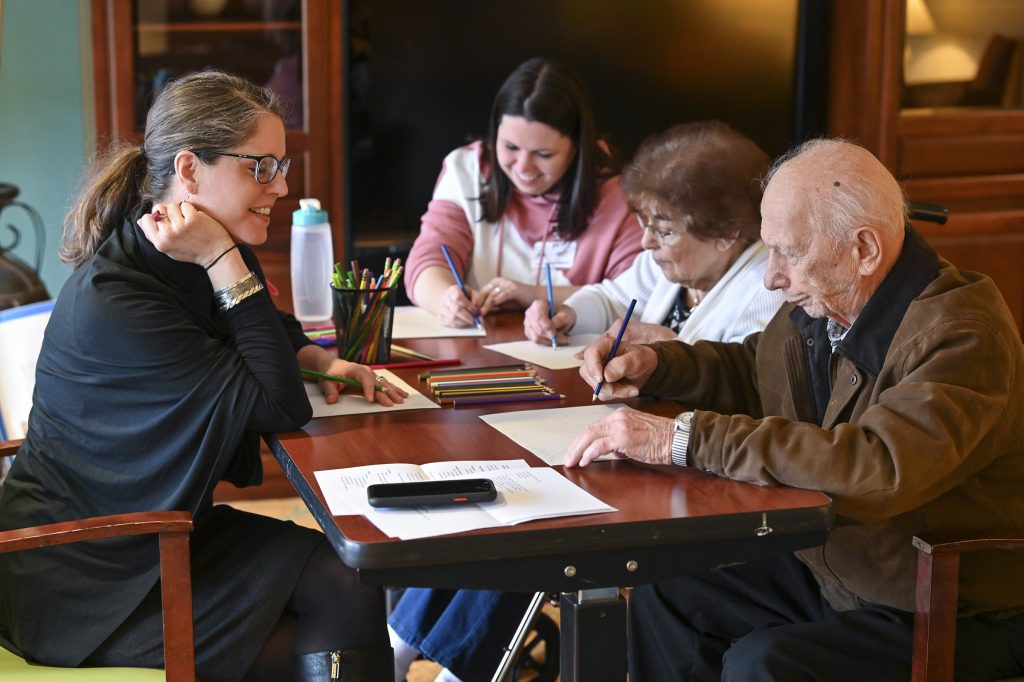 Jane and Marianne Esolen understand the challenges that come with aging and for caring for older people with health issues. Thanks to a new, arts-based program in Lackawanna County, however, the mother and daughter’s troubles melt away for a few hours each week.

The Esolens have participated in the free Arts for Life program since it launched in the fall, giving caregivers, “care receivers” and older adults a chance to learn and experience different facets of the arts, such as poetry, painting, theater and music.

“It’s an opportunity to just pause from all the day-to day appointments and chores and errands, just kind of drop in to being in the present, which is the gift that art gives us,” Marianne Esolen said.

Catherine Richmond-Cullen, Ed.D., an assistant professor of education at University of Scranton, developed the program after studying the affect of artist-in-residence programs on self-reported loneliness and isolation among senior citizens. The published results showed people felt less lonely, had more friends, and felt better physically and mentally when working with such a program, she said.

From there, Richmond-Cullen approached Lackawanna County’s Area Agency on Aging about starting an arts program for older adults, people receiving care and their caregivers. The program received funding from the county and several other organizations.

“The idea is that the caregiver gets rested from the constant need to take care of someone who’s older, and the care recipient has an opportunity to have cognitive stimulation through arts learning,” Richmond-Cullen said.

The weekly program began at the Jewish Homes of Eastern Pennsylvania in Scranton, recently expanded to adults 60 and older at Taylor Community Center and has included residents from the Gino J. Merli Veterans’ Center. It runs Tuesdays from 11 a.m. to 1 p.m. in Taylor and Thursdays from 11 a.m. to 1 p.m. at the Jewish Home, Richmond-Cullen plans to take Arts for Life to Abington Senior Community Center, South Abington Twp., on Fridays at 11 a.m. within the next few weeks. 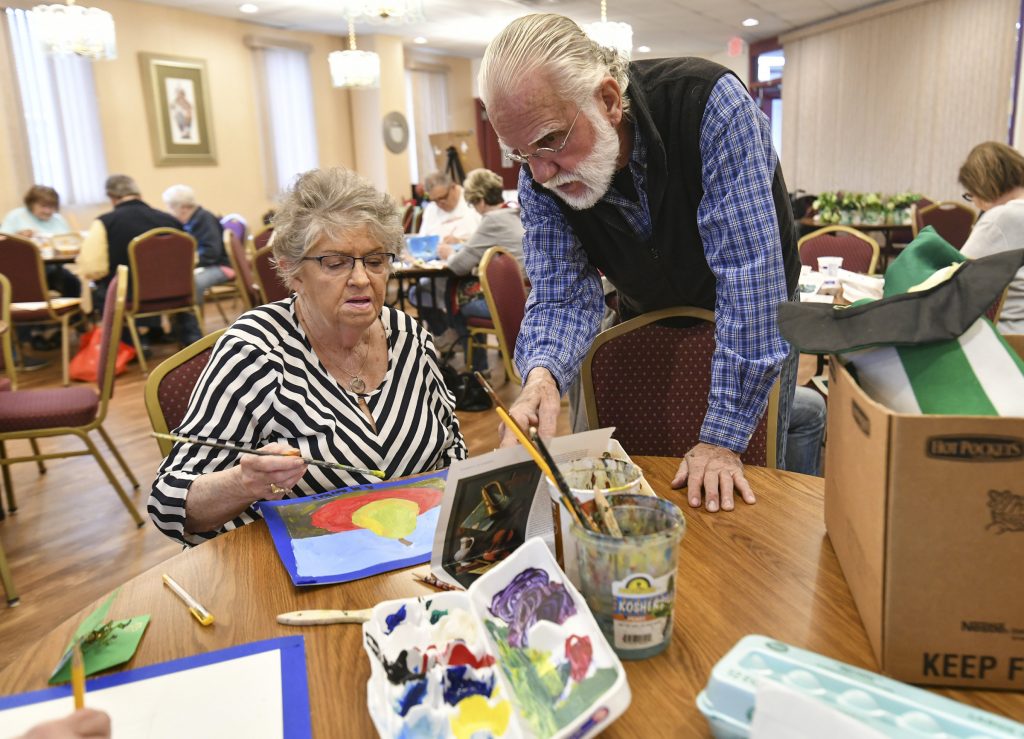 Professional artists from the Pennsylvania Council on the Arts, such as illustrator Lindsay Barrett George and painter Earl Lehman, have led sessions, which also include lunch. Anyone interested in participating can contact Liz Faist, assistant director of Arts in Education in Northeastern Pennsylvania, at lfaist@iu19.org or 570-876-9253.

Participants often come in saying they can’t draw or paint, Richmond-Cullen said, but when they do it, they can’t believe the results.

“They’re amazed at their own abilities and their creativity,” she said.

Marianne Esolen splits her time between Long Island, New York, and her mother’s Archbald home, caring for the 84-year-old who had two small strokes within the last year and a half. It has left Jane Esolen unsteady on her feet as she also deals with arthritis, diabetes and hearing impairment.

But through Arts for Life, which they attend at the Jewish Home, both Esolens get to take a break from life’s stress. The program splits the caregivers and care receivers into separate areas, where they do projects such as painting, collage-making, creative writing and stamp painting.

As a master seamstress, Esolen’s mother had skills in patterns and design, but she can no longer sew. Through Arts for Life, though, Jane Esolen can stretch those creative muscles once again.

“It’s just such an opportunity to feel like you get to still be who you are,” Marianne Esolen said. “I think this process of aging can be a very painful, complex process where you lose so much along the way. And I feel like coming to a program like this, you get to discover so much of who you are.” 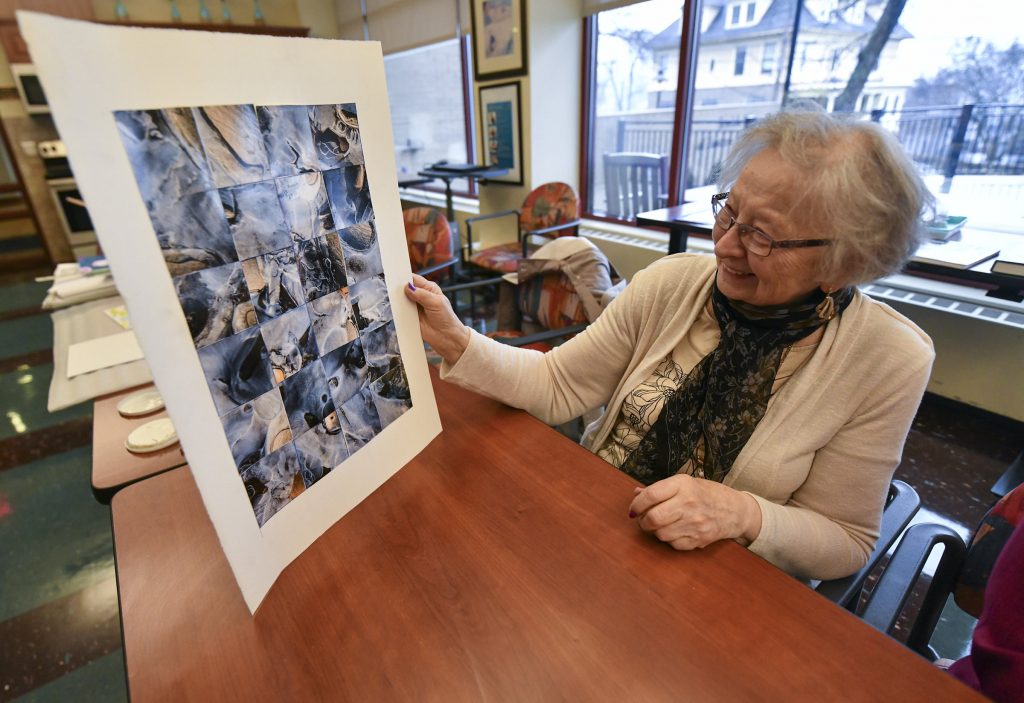 JASON FARMER / STAFF PHOTOGRAPHER
Lillian Shust of Jermyn takes a look at her artwork during an Arts for Life program at the Jewish Home of Eastern Pennsylvania in Scranton.

Arts for Life’s community partners include the Everhart Museum, Ballet Theatre of Scranton, Broadway Theatre League of Northeastern Pennsylvania and aieNEPA. Participants will get tickets to BTL and Ballet Theatre shows plus Everhart gallery events to enhance their exposure to the arts beyond the weekly sessions.

Caregiver Lillian Shust also started Arts for Life in the fall and praised the positive impact it has had on her and her husband, Stephen, who live in Jermyn. He has Alzheimer’s disease, dementia and other health issues — including being legally blind and hard-of-hearing — but loves to attend Arts for Life, which she said has helped him a lot.

“They’re really very good,” Lillian Shust said. “They’ve got him doing things that I never, never dreamed of, that I would (never think) that anyone would get like that out of him. He’s been writing, you know, dictating short poetry; my husband never did anything like that before. He’s doing collages, and there’s a story to every collage that he makes.”

Caregivers and their loved ones also get a chance to speak freely with others in similar positions. It offers a “space to also catch your breath,” Marianne Esolen said.

“It can be isolating to be a caregiver,” she said. “Sometimes it can feel very much like you’re just you’re on your own … so to come and talk to other caregivers about self-care (and) about, again, the successes, the small triumphs when your loved one is rehabilitating in a certain way.”

“It gives me peace of mind for an hour because I know he’s being supervised by someone else and I’m also enjoying what I am doing,” Lillian Shust said. “So I am loving the whole time that I spend here for that reason.”

The discussion involved also has helped Marianne Esolen’s mom by opening up conversation about subjects such as her home and her own mother. 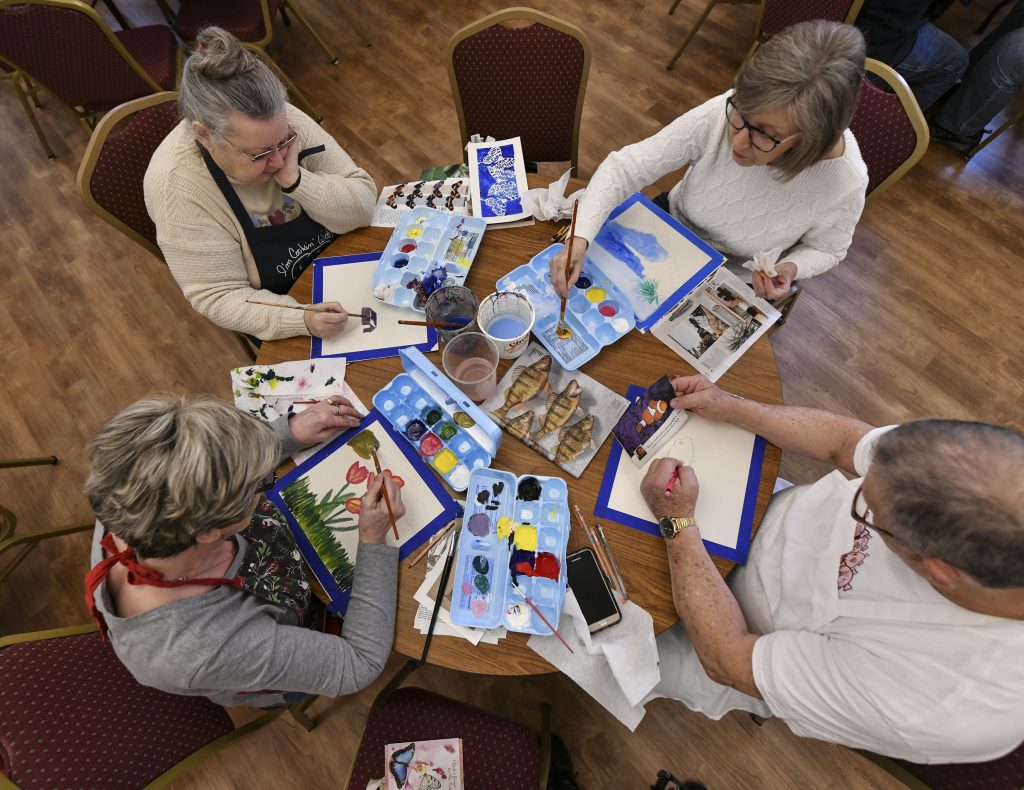 “I think whatever the activity, it’s less about the product that’s done, and it’s more about sort of the internal process of taking and reflecting on your life and really savoring memories that are so special and meaningful,” Marianne Esolen said.

For them, the benefits of the program expanded beyond the weekly gatherings. They “always leave in such a great state of mind,” she said, and her mother reminisces more these days, shares her experiences and feels proud of the work she has done, which her daughter has even framed and matted.

And the Esolens also make an adventure out of Arts for Life days.

“It’s just another really rich way to connect and share with my mom,” Marianne Esolen said. “Because even thought we’re not even in the same room doing the art project at the same time, we’re here together, and after we do our respective art projects, we have lunch together. … (We) run errands along the way or stop and do something on the way home. It’s just share time.”

Richmond-Cullen said she feels delighted to have the ability to take her research and grow a program from it. Funding will support it for a year, but she hopes people who care about the region’s elderly residents will step forward to keep it going.

The artists have incredible talent and a generous nature, said Marianne Esolen, noting they also emphasize that the program is not about the product as much as it is the process.

“If more people could know about the program, I really think it’s a win-win, that it’s an incredible way to nurture and recharge if you’re a caregiver,” she said. “It’s an incredible opportunity to bond and connect with your loved one in an area that’s different.”

About Arts for Life

Details: Participation is free and open to older adults, care recipients and caregivers. To join, contact Liz Faist, assistant director of Arts in Education in Northeastern Pennsylvania, at lfaist@iu19.org or 570-876-9253. 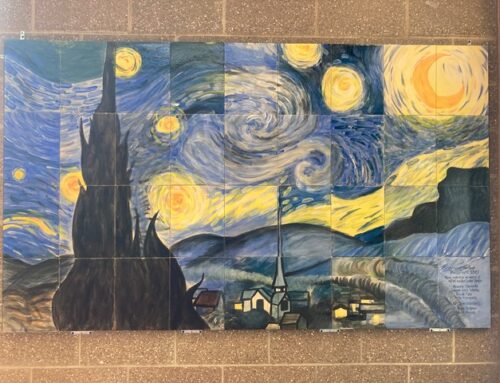 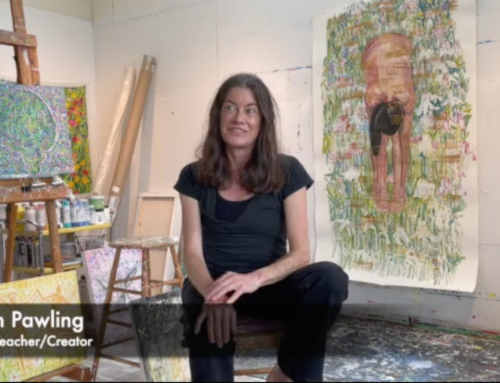 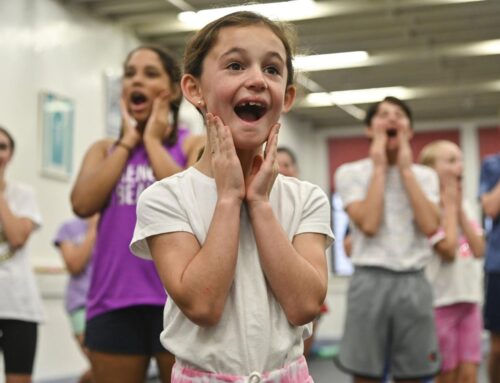 Kids return to stage and studio through Arts Alive 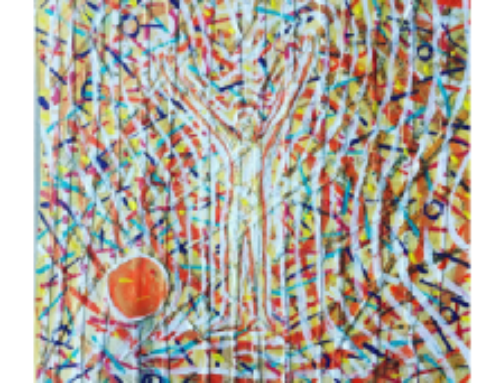 A Person Worth Knowing